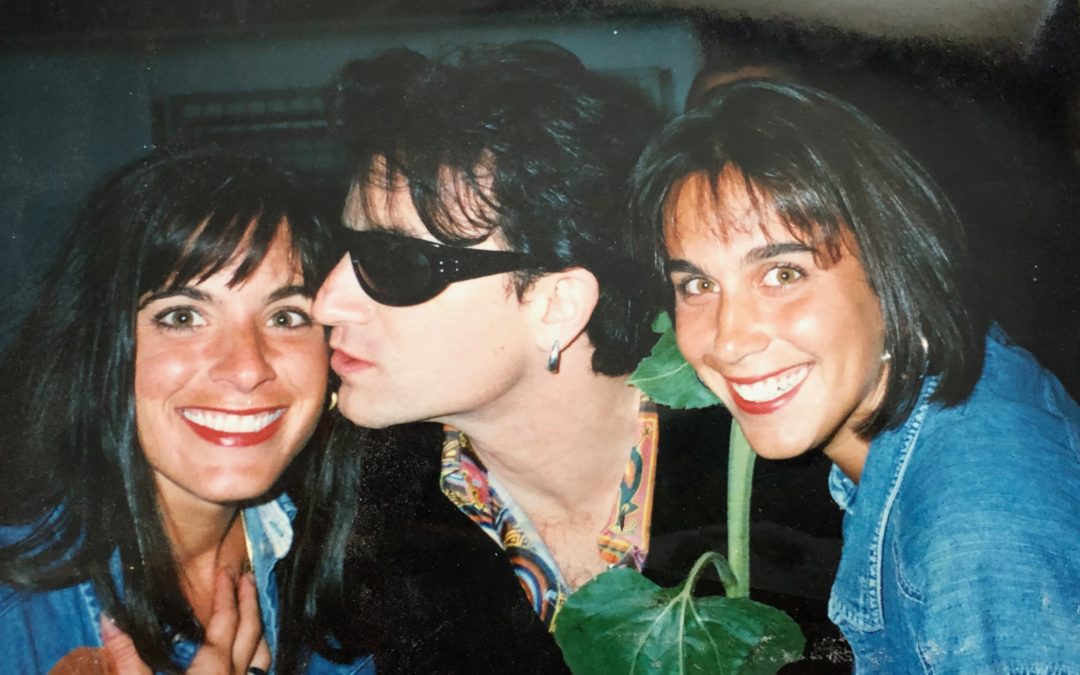 The Definition of a “Rockstar”

It was May of 1983. I was in 10th grade at Marple Newtown High School in Newtown Square, PA. I thought the world was literally going to end if I did not get to the Tower Theater in Upper Darby to see a new band called U2. It was a slightly more “dicey” area near where I grew up, but come “hell or high water” I was going to that concert! I was determined to see my first rockstar on stage in lights…”Bono”. From the time I was 16, until I became an adult, my definition of a rockstar was just that, a person or group on stage singing and performing for an adoring audience. There have been so many “rockstars” for me… U2, Madonna, David Bowie, Peter Gabriel, Lady Gaga, The Stones, Coldplay, REM, Maroon 5… the list goes on and on. Lizanne, my diehard concert buddy since the age of 20, can attest to my love of the rockstar and live concerts. We have enthusiastically attended over 50 concerts together since our friendship blossomed in 1990!

As for the generation of today, called Gen Z (young adults born between 1995 and 2015), I think the word rockstar means something entirely different. You may be considered a rockstar among your peers based on how many followers you have or likes you can get on Instagram and/or Snapchat. You may become TikTok famous based on how many views and shares you get, and sometimes by simply taking and sharing a video of a peer doing something utterly ridiculous. Boy, how things have changed.

However, at 51 years young, as I sit at my kitchen table in the middle of a pandemic battling my second and more severe cancer (breast cancer), I realize it is time to redefine what a real rockstar is in the year 2020. According to Webster’s second (and not as popular) definition of the word, a rockstar is defined as: “a highly accomplished and well-regarded person in a particular field”. Here’s a thought… maybe, just maybe, an addendum should be added? A rockstar is: “an everyday person who is brave and willing to do whatever it takes to help another person”.

I was diagnosed with breast cancer right before Covid-19 took hold of all of us. At first I thought, “this is not so bad.” One tumor, a lumpectomy. It could be much worse. However, as each diagnostic test concluded, my results became a little more daunting. In total, I was diagnosed with 13 tumors in my left breast and 3 spots on my right breast. I was immediately scheduled for a bi-lateral mastectomy. I went in for surgery on March 12th, and just a few short days later, ALL surgeries were halted due to the Coronavirus. I was given the news that the cancer had spread to the sentinel lymph node and one additional lymph node. The surgeon removed 15 lymph nodes in all. This meant chemo, radiation and physical therapy for me during a global pandemic. In addition, I chose to have breast reconstruction surgery at the time of my mastectomy, which seemed like a logical idea at the time. However, as the days marched on and the pandemic escalated, I was informed that the expanders (or aliens, as I now call them) would have to remain in place until my chemotherapy was over – not until the END of August! For anyone who has had expanders, you know this is not good news.

My team of doctors at The University of Pennsylvania Perelman Center have been incredible. The way they came together so quickly to diagnose and treat me before and during the pandemic, to give me the best care whether in person or on a telemedicine video call, was nothing short of amazing! They made sure I was able to get testing done, chemotherapy and expander appointments, all while the country was essentially shut down. They are doing everything to keep their patients safe. This is great, but at the same time these measures are scary. No one can truly know what that means until you are sitting alone in a waiting room, with caution tape everywhere so all patients are at least 6 feet apart. Plastic partitions are in place to keep you and the registration staff safe. Doctors, nurses and techs wearing masks, glasses, robes and gloves… it looks like outer space! Not to mention the brave essential workers at the hospital who sit behind the desks doing all types of duties, at the doors and elevators taking temperatures, and the men and women parking cars so that sick cancer patients like me do not have to. Then, there are the NURSES! They are the ones who hold our hands, sit with us during the 4 to 8 hour infusions, talk to us and make sure we are ok during every lonely trip to the hospital, hoping that each treatment is going to work and that we do not touch anything that has the virus on it so we do not leave sicker than when we came in.

I am in awe of my breast cancer team at the University of Pennsylvania. In my book, these are the REAL ROCKSTARS! For a fleeting moment, I am sad to say goodbye to Bono, Adam Levine and Madonna as the keepers of a special place in my heart. But, as time goes by, life lessons learned, smiles valued, tears fallen, I am ready to pass the torch to those that are truly worthy of such a cool, hip 21st century newly defined title of  #RockStar!